Urine specific gravity, not that great at estimating osmolality

I have a clinic patient with SIDAH and until the FDA regains some sanity and Otsuka provides a more rational price this will continue to be a frustrating battle. This patient had some pretty typical labs for a patient with SIADH, except for the specific gravity. I don't remember seeing such a discrepancy between the Sp Grav and osmolality before.


One of the sharpest nephrologists on twitter, Christos Argyropoulos, replied with this reference:


The conclusions from the abstract:


Here is a table I made from the conclusions: 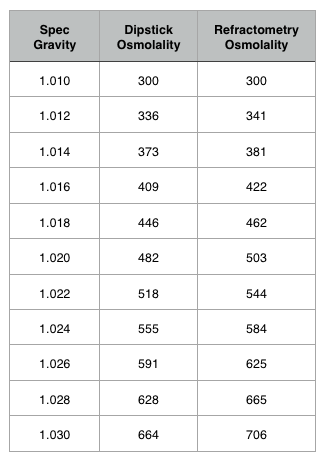