The Acid-Base lecture for the residents of St John Hospital 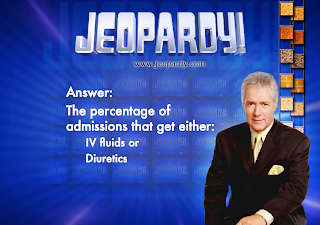 Today I gave my second lecture of the year for the St John Residency.

I used my Acid-Base workshop handout and added a slide show to facilitate the large group.

I still called on individual residents to answer questions to keep them involved.

I started the lecture with some audience participation. My previous lecture on IV Fluids, diuretics and dysnatremias began with me stating how ubiquitous these subjects were.

I had everyone stand then I asked people to sit down if, in the last three weeks they had not:
I then tried to repeat the excercise for IV fluids and dysnatremias but it didn't work very well. Should have quit after the first one.

When I gave that IV Fluids, diuretics and dysnatremias lecture I didn't have a hand out. In the last three weeks I have worked up a handout:

Working on a lecture for next week on fluids and electrolytes. Do I lecture on anything else?

These resources from the Journal of Record are invaluable:

SIADH by Ellison and Berl

Hyponatremia by Adrogué and Madias

Hypernatremia by Adrogué and Madias
Posted by Unknown

Email ThisBlogThis!Share to TwitterShare to FacebookShare to Pinterest
Labels: ebm

Teaching on the Consult Service: ARF The PICARD Study Group

The first article that was pulled from the reading sessions in NephSAP is this retrospective review of ARF by the PICARD Group.

The introduction begins by setting the scene: Acute renal failure is lethal with over 50% mortality in most series. Additionally, we haven't seen any major improvement in mortality for these patients in the last 30 years. Then they authors state that the ANP ARF trials were well designed. This is almost laughable as the ANP trials are the poster child on how not to do a clinical trial on ARF. After that they go over the fact that ARF research is hard because the patients are sick and we lack a standardized methodology for talking about the severity of illness. APACHE II scores are notoriously bad at

predicting mortality in renal failure. And the storied Cleaveland clinic ARF score has not been validated outside that institution. Then the authors layout the problem they are trying to answer:

To prepare for future clinical trials in ARF, it is essential that valid, generalizable models for risk adjustment be developed, both for stratification in patient selection and for covariate adjustment in the event of imbalanced randomization.

So in order to accurately risk stratify patients and successfully balance study groups we will not be able to properly evaluate new therapies. This study group was created to do a RCT of CVVH vs IHD and hence captured lots of prospective data of patients in ARF. Only 166 of the 851 were enrolled and randomized in the trial (negative and tragic because they were unlucky with their randomization and they had a significantly higher severity of illness in the CVVH group.). This paper uses all 851 patients to look for predictors of mortality in ARF.

Enrollment criteria:
Severity of illness scores (they calculated 13 different scores besides creating their own score) were calculated on the day of nephrology consult. Using the day of consult seems arbitrary and prone to variations in local practice patterns, i.e. if the study is done in an area where early consult is the norm then presumably the patients will have less severe disease and hence have better outcomes, hence a score derived with this methodology will underestimate the mortality in a center with a culture which leans towards later consultation (and presumably sicker patients).

After excluding subjects that had missing data that prevented them from calculating the scores they were left with a cohort of 605 patients.

Half of the cohort received dialysis while in the ICU and 51.9% died in the hospital.

They created a risk score based on:
They then showed that their new model beating the crap out of the old models with an AUC on the ROC of 0.832. The best other scoring system, SAPS2, received only a 0.766. The APACHE II had an AUC of only 0.634. (Perfect AUC is 1.0 and a worthless value is 0.5).

The biggest weakness is that the Mehta score (the eponyminous name for the score created with The PICARD Data) was able to predict outcomes well when you tested it using the data used to define the score. This is the ultimate home field advantage. Levey in the MDRD group divided their cohort into a derivation group and a validation group. This current authors did not do that.

This will be a moot point if the score is validated in a new independent study. I wonder if the ATN group did that? I bet they did, or will publish on this soon.
Posted by Unknown

Teaching on 2 Ell: Anemia and CKD

Near the end of the month our fellow the amazing Dr Jabri gave a lecture on anemia. Good talk.

Here are his lecture notes.
Posted by Unknown

One of my weaknesses as a faculty member has been teaching during the consult service. I do a lot of bedside teaching and have tried to do some Practice Based Learning by having the fellows pull articles and research specific questions.

What I haven't been able to incorporate is formal teaching. Most of my repertoire of teaching materials, up to recently, have been power-point presentations. These are totally wrong for the collegial learning relationship I enjoyed and want to provide for my fellows. Powerpoint stifles two-way communication and reinforces the model of master to apprentice.

On the recommendation of one of our Staff, Dr. El-Ghoroury, I have started a daily reading session with the consult team. We are going through the 2007 Acute Renal Failure and Critical Care NephSAP. So far it is working great. We are spending 40-60 minutes before rounds reading and discussing the material. Then on rounds I see the fellows using the material in their presentations to me. They tell me they like it. I plan on having them pull interesting references to delve deeper into the text.
Posted by Unknown

I think we can safely rule out post-renal 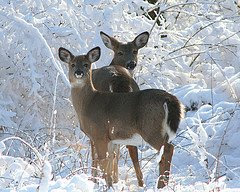 July first. The ultimate deer in the headlights day.

I spent much of my day pointing out where the bathrooms were and telling the new residents that, "Yes. You do need to do the admission on the patient that you were called about at 3 pm."

I am attending on the Nephrology consult service and we have a neat case. Bevacizumab induced thrombotic microangiopathy with acute renal failure. The patient is recovering renal function and the only thing I am going to add to the case at this point is removing the Quinton, but its interesting seeing a rare(?) complication on the bleeding edge of medicine.

In March of 2008 this case series was published in the NEJM.

Vascular endothelial growth factor or VEGF is a critical factor in the growth of blood vessels. I once saw Dr. Judah Folkman, the father of anti-angiogenesis treatment speak at IUPUI. Bevacizumab is a humanized mouse antibody targeted against VEGF. It was the first anti-angiogenesis drug licensed in the U.S. (I guess thalidomide doesn't count). 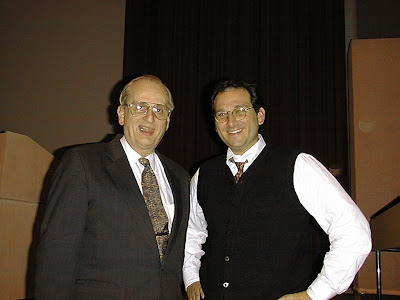 Funny thing is, the kidney is pretty vascular and this drug causes proteinuria in 21 to 64% and hypertension in 3 to 36%.

Eremina Et al. published a 6 patient series inwhich patients developed proteinuria and renal failure following exposure to bevacizumab. All 6 patients had a renal biopsies consistant with thrombotic microangiopathy (TMA). TMA is most commonly associated with TTP but these patients did not have systemic signs of this: no fever, no mental status changes. Hematologically only one patient had schistocytes, only one patient had thrombocytopenia and anemia was found in only 2 of the 6 cases. TMA is also seen in pregnancy related renal failure, hypertensive emergency, and scleroderma renal crisis. Pre-eclampsia, one form of pregnancy related renal failure that causes TMA is also associated with decreased VGEF. Patients with pre-eclampsia have decreased due to metabolism by increased sFlt (soluble fms-like tyrosine kinase) produced in the placenta.

In addition to the case series, the authors performed an animal study where they created a mouse inwhich they could turn off the VEGF gene by feeding it tetracycline. When they did this they were able to produce an identical renal lesion.

Lastly they took the mice who were tetracycline to shut down the VEGF gene, and supplemented them with human VEGF. This failed to ameliorate the renal pathology.

In addition to demonstrating a new, and severe side effect of a powerful new anti-cancer weapon, Eremina Et al have demonstrated a previously unknown aspect of renal physiology. The importance of VEGF to capillary endothelial cell health. A remaining puzzle is how a protein made in the renal podocytes (epithelial cells) traverses across the basement membrane (against the primary flow from capillary to the urinary space) to protect the glomerular capillary endothelium.

Interestingly, in the NEJM series, none of the patients required dialysis. Additionally there was no consensus on how to treat this condition. One patient received plasmapheresis, as is required with TTP. One received cyclophosphamide and prednisone as is done with all glomerular lesions that look scary. Our patient received both dialysis for a few days and two plasmapheresis sessions. The dialysis was needed for her renal failure and the plasmapheresis seems right as the half life of monoclonal antibodies is long (Bevacizumab has a half-life of 20 days).

The authors finish their discussion talking about how their animal model in does not match the human condition: 100% of the mice were affected versus a small minority of humans; the human lesion is reversible while it is not in mice. 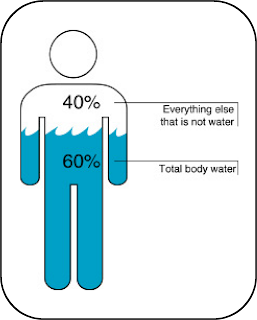 Today I gave the first lecture of the '08-'09 Academic Year. This was morning report for internal medicine. I did a lecture on IVF, diuretics, total body water and dysnatremia. It was a good lecture but Powerpoint only. I am about half-way done with the killer handout I am working on and am disapointed that I didn't finish it. Hopefully will have it done for the next lecture in two weeks.