NSAID alert! or not.

The news wires lit up last week with the revelation that ibuprofen can cause acute renal failure and it even can happen in children.

My favorite tweet on this came from pediatric nephrologist, Pascale Lane: 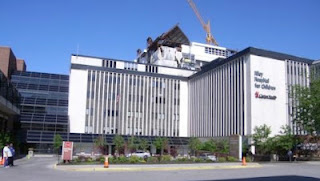 The publicity department of Indiana University must be quite pleased with themselves with the wide coverage this study has produced but behind the curtain we really have very little data. The study was published in J Peds (Abstract | PDF). The authors did a retrospective chart review of 11.5 years of inpatient records from Riley Children's Hospital in Indianapolis. They found 1,015 patients with acute renal failure by screening ICD-9 codes. This is a shockingly low frequency to me. Eighty-eight cases a year in a major children's teaching hospital makes me think theire screening methodology was quite insensitive.

The authors did not comment on how accurate the ICD-9 screening methodology was. They said they examined all of the charts but didn't mention if any of the cases were excluded after examination because of a lack of acute renal failure. This also seems unlikely, as many patients with chronic kidney disease are initially coded as acute renal failure. It would have been nice to get a sense of how specific the ICD9 screening methodology was, even if they couldn't comment on the sensitivity. (Update, this article looking at AKI in adults states that ICD9 codes have a sensitivity of 28% and specificity of 99%)

Having amassed this trove of acute renal failure data the authors did not report on acute renal failure in general (hopefully a future paper will elaborate on this. I would love to see comprehensive data on the epidemiology of pediatric acute kidney injury, something like The Madrid Acute Renal Failure Project) and instead did a deep dive on NSAIDs. Here is the breakdown of etiologies of acute kidney injury in this study:

I have pulled out the two slivers which represent the NSAID associated renal failure. The ignored elephant in the room, is the absence of pre-renal azotemia in the lists of diagnosis. This has previously reported to be the most common cause of kidney failure in patients presenting with ARF and the second most common in hospital acquired ARF (Madrid ARF study | PDF). The authors had little to say about volume deficiency as it pertained to the etiologies of renal failure. This what I could find:

The authors had this to say about the frequency of NSAID induced ARF:

Our study is the largest series to date demonstrating that NSAIDs are a common cause of AKI in children.

I read that statement and look at the pie chart and then look at results that show 27 cases of AKI over 12 years and I must say, I'm not impressed. 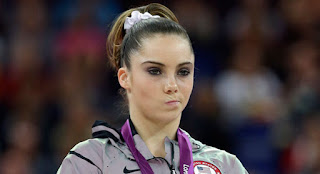 The authors try to pump up the frequency by expanding their definition of NSAID induced AKI:

However, it should be noted that in our population, many patients who were deemed to have developed multifactorial AKI (and thus were not included in the case definition of NSAID-associated AKI) did have NSAID exposure as one of their multiple risk factors for AKI.

This feels disingenuous. If you create the case definition, don't try to spin your results by essentially saying, if we had a different, less specific, case definition we would have found more cases.

Of note: the authors found that 44% of the cases were above the 95% for height:weight or BMI. The authors tried to see if this was due to NSAID overdose because of parents dosing kids by actual rather than ideal weight. This was not the case. However this is consistent with the recent results about adiposity being related to AKI in trauma patients. Obesity, an independent risk factor for AKI. Neat.
Posted by Unknown