Nephrology calculators for the iPhone

I have three different medical calculators on my iPhone. Two of them I actually use and the third came bundled as part of a different program. I put each calculator through its paces and comment on the differences found in this generally commoditized market.

The three calculators are:

Mediquations was the first medical calculator on the iPhone platform. The author is a third-year medical student, Zack Mahdavi. I have spoken with him and he is a good guy. Since releasing the program in July 2008, he has repeatedly upgraded Mediquations at no additional charge to users. He has focused on adding new calculations to his program and Mediquations has acquired a truly stunning breadth of equations. He claims 201 equations ranging from A-a Oxygen Gradient to Winter for Metabolic Acidosis.

The program has grown large and takes awhile to get past the splash screen and into the functional calculator.

The program then displays a conventional alphabetical list of equations. You can alternatively sort them by categories. Mediquations allows you to bookmark a set of frequently used "Favorites" to easily get past the ton of equations provided.

The MDRD equation is the conventional 4-variable equation and is accurate.

Tapping on a numerical variable sends you to an easy to finger keypad.

Thoughtfully you can switch units on the fly by tapping the i above the units.

For Boolean data you just tap the variable and it gets checked.

Tapping "More Info" gives you the formula and usually a reference and sometimes some background data on how to interpret the calculation. For the MDRD, Mediquations references the Levey paper (PDF) from the Annals which describes the 6-variable, not the 4-variable formula. There is a link which takes you to the PubMed reference in Mediquation's own web browser.

The execution of "More Info" is spotty. The fractional excretion of sodium gives the formula, a paragraph on how to use and interpret the formula, and a reference to a 1984 American Journal of Medicine article rather than the original Espinel article which introduced the formula or the Shrier paper which validated it. The FeNa info is much better than the FeUrea info which is limited to just the formula without a reference or any help interpreting the calculation. The TTKG falls in the middle with the formula, a short descriptive paragraph which correctly points out that the formula is only valid with a urine Na over 25 and urine osmolality over 300 but gives no guidance on how to interpret the results. Instead of a peer reviewed reference, Mediquations directs people to Wikipedia which, as of 3/2/09, also does not have the correct Halperin reference but does a pretty good job on guiding the reader on how to interpret the calculation.

Overall I give Mediquations three out of four stars. Mahdavi has focused on breadth (200+ formulas!) rather than making the core formulas easier to use and fully documenting those calculations with useful information.

QxMD publishes four different free calculators: Neph (iTunes link), Cards, GI, and HEME. Each calculator has the same equations but the opening screen just shows the namesake's equations. To get to the other specialties you have to drill down to them. I like this solution to the avalanche of equations found in Mediquation.

Instead of having a favorites tab the equations you use most frequently are automatically added to the Recent list which allows you to generate the same functionality of a favorites list without the work. Nice.


The best feature of NephCalc is a feature called Question Flow. When you turn this on each variable you need to enter is prompted automatically. This significantly speeds data input. For example the data entry flow for Mediquations and the MDRD GFR is:For Nephro Calc it is:
It saves two steps and feels a lot more streamlined. Nice innovation.

The Info button leads to a page with interpretive information and a reference. QxMD choose the 2002 K/DOQI guidelines for CKD staging which is probably a great reference, since the 4-variable formula was never published in a peer reviewed journal. The K/DOQI guideline does a nice job of describing the MDRD formula. 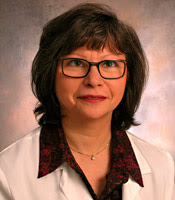 The FeUrea information page gives good data on interpreting this calculation and references the KI article (PDF) which put FeUrea on the map rather than the Kaplan and Kohn article where the calculation was first published. I think that is appropriate. (Though it makes me a little sad to see Orly Kohn forgotten for what it is one of the coolest new things in clinical nephrology. Orly was one of my mentor's at U of C where she runs the PD clinic and is one of the attendings that enriched my fellowship. I remember doing the KI article in journal club and she was in the room and was completely modest about us critiquing her formula.)

With the TTKG QxMD again shines with a good description of how to interpret the calculation, the equation and the correct Halperin reference but the link which promises the abstract doesn't work.

Like Mediquations however, not every equation has informative "Info." The osmolar gap simply states "No additional information is available for this topic."

Overall, I think that Nephro Calc is the best clinical calculator for nephrology and its free. It is not perfect but its close enough to perfect, to be the calculator I recommend to students and fellows rotating with me.

MedMath is bundled as part of Epocrates (iTunes Link). One of the key differences with MedMath is that instead of going to individual pages for each variable all the variables are on one screen. This limits the screen space for a number pad and MedMath uses a non-standard keypad which is significantly smaller than the ones in Mediquation and Nephro Calc. I found it more difficult to tap in the correct numbers with my fingers. I wonder if this is cruft from MedMath being originally written for the PalmOS and stylus-based touch screens.

The MDRD equation pictured is the less often used 6-variable formula. Which means that unless you have the albumin and BUN you can't calculate the GFR.

For me, the MDRD equation is one of the killer features of a medical calculator so MedMath with its 6-variable silliness totally fails and is a non-starter.
Posted by Unknown