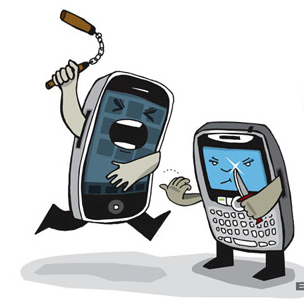 I have a resident in my Farmington office this month. His primary phone is a Blackberry but he also carries an iPod Touch for medical applications. It's getting to the point that the battle for the mainstream medical computer platform is the iPhone OS.
iPhone OS 3.0 is another major nail in the coffin of the Blackberry, Palm Pre and Windows. With every revision Apple fills in the holes. The critics are running out of ammunition.
Posted by Unknown