The Fluid and Electrolyte Companion has been locked up

The Fluid, Electrolyte and Acid Base Companion was a book I co-wrote during my residency. We started the book in 1995 after graduating and finished it during the summer of 1999. The book came out in January 2000.
The book was a home brew project with no professional assistance. We researched the book, wrote the text in Adobe Pagemaker and did the illustrations in Adobe Illustrator. All the computer work was done on Apple computers. This was a time before OS X and we suffered through the dark days of System 7.5.5, the Vista of Apple operating systems.

When the book went to press the source files were primarily a mixture of Pagemaker 6.5 and Illustrator 8.0. Significantly, we never upgraded to Pagemaker 7.0.

After we finished, Adobe put Pagemaker out to pasture and replaced it with InDesign. Adobe never released a version of Pagemaker that ran natively in OS X and the tools they created for moving from Pagemaker to Indesign required the files to be Pagemaker 7 files. Our 6.5 files were an evolutionary dead-end. No way to get them to Indesign. Then, as my interests turned away from the book and toward the rest of my life I started snipping the threads that allowed me digital access to the Fluids files. In 2001 I transitioned from OS9 to OS X and had to use Classic to open up the book or use Pagemaker. In 2008 all of the Macintosh's in my house (my laptop, desktop, and wife's laptop) were finally upgraded to Intel processors which meant that they could no longer run Classic which locked me out of the book. Functionally it was no different than if my hard drive had crashed and I had lost all of my back-ups.
When I started this blog, one of the things I thought I would use it for would be as a tracking tool as I rewrote and modernized the original Fluids book. Well for the last 18 months I have been stuck on the very first step of this process: getting electronic access. I finally solved that problem by getting my hands on a vintage 12 inch PowerBook that was in one my parent's closets. 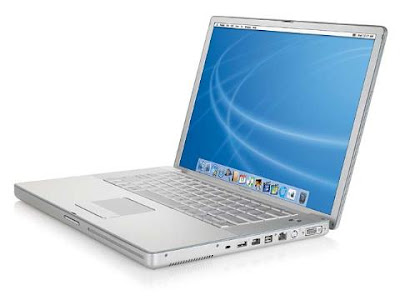 Last week-end I found my old Pagemaker and Illustrator disks and installed them under classic. Then I looked deep in some old hard drive back-ups to find all of the fonts needed to render the files. Finally, after some deep Googling, I came across this work-around to create a PDF from Classic. So here is the first chapter of the Fluid, Electrolyte and Acid Base Companion:
01 Moles Water
I hope to follow this with an edited version of this chapter and then move on to the subsequent chapters and really provide a modern, comprehensive tutorial towards fluids and electrolytes aimed at medical students and residents.
David Pogue did a nice piece on this for Sunday Morning
In the future, I'm going to need to try this and see if it allows me to run my old programs on my current laptop.
Posted by Unknown