Run by master tweeter Nikhil Shah, Nephrology Fellow at the University of Alberta, Nephrology Tweetbook is primarily a collection of educational tweets with, as far as I can tell, a single long form post on the use of What's App as an educational tool. Very interesting use of the app.

I'm not sure what he is using to post the tweets to blogger, but he would get better, most useful posts if he used the embed code from twitter. 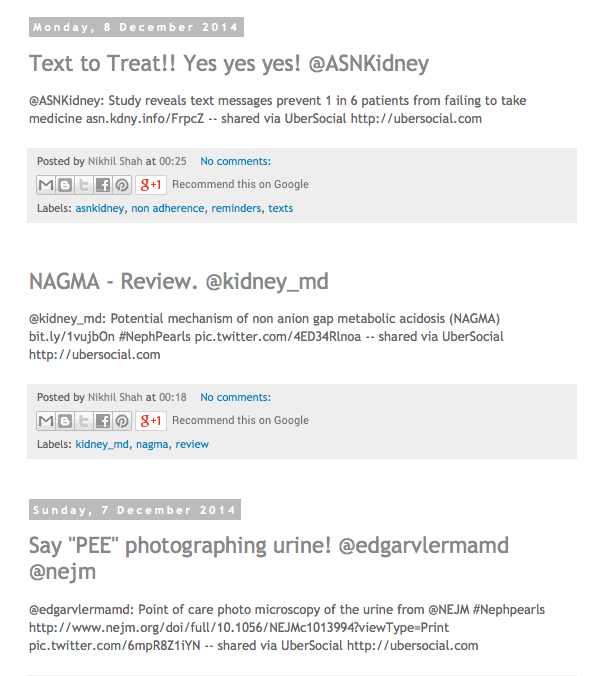 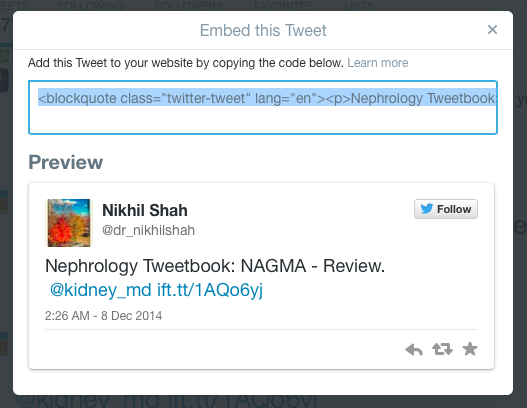 It's a nice addition to the nephrology social media landscape.