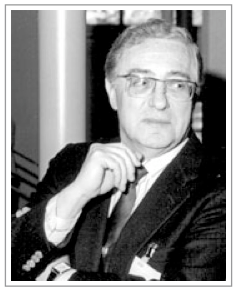 Dr. Katz was my mentor in the nephrology clinic my first year of fellowship. It was his last year of clinical work at the University of Chicago. He was also the supervising attending during some of my dialysis rotations. That rotation was liking being a traffic cop for inpatient dialysis. It is also where I got my twitter handle, @Kidney_boy. It was my beeper salutation.

He was a master of clinical medicine but we came at it from opposite directions. He was finishing and I was starting. He wanted to impart fatherly, philosophic reflections. I was hungry for raw data. I was racing to fill my head with facts. I wish I had an opportunity to spend time with him after I had matured.

Some memorable moments with Adrian:

"I didn't know that patients could feel the cooler temperature."
Adrian replied, "You could fill an ark with what you don't know." And then started laughing uproariously. When he finally regained composure, he had tears in his eyes. He explained that he had once had a mentor who had used that same joke on one of Adrian's peers. It was such a happy memory for him that he couldn't contain it.

University of Chicago has a nice obituary.

He was a prolific scientist.
He was a respected teacher.
The world is a shade paler without him.

Found a photo deep in the hard drive from that Seder: 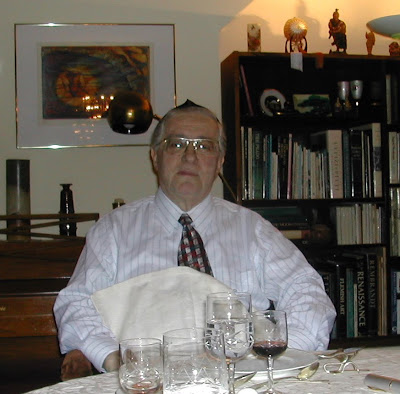 Update from 2014, found another great photo