Why you should donate to the Multiple Myeloma Research Foundation

One thing that bothers me are disease organizations that use the fear of the disease to raise money to treat the well. This happens when breast cancer organizations raise money to "raise awareness." You know what? No one with breast cancer needs their awareness raised. Similar to this but more subtle is raising money to promote and pay for screening. Again this is using the fear of the disease to treat people who do not have the disease. to treat people more like the board members and employees of a charity that likely do not have the disease.

If I'm going to work for a disease charity, I want to work with a charity that helps people with the disease. This is true in my work for the NKF of Michigan (though I have noted a recent, and troubling trend away from this core mission).

When I looked into the Multiple Myeloma Research Foundation (MMRF), the benefactor of my current fund raising push for my trip to Everest Basecamp, one of the facts that stood out was the claim that the MMRF had been instrumental in bringing nine drugs to market for the treatment of multiple myeloma.

I read this and I thought "bullshit!" That just too much. A charity would be delighted and lucky to have just one drug come to market in a decade. To have 9 hits in 20 years begs credulity.

Since that initial skepticism I have done some research, talked to scientists, and I am a believer.

The MMRF is an amazing organization that is doing charity and medical research right and deserves your dollars. Let's reward a charity for saving lives and making a real difference rather than just getting football players to wear pink gloves for a month. 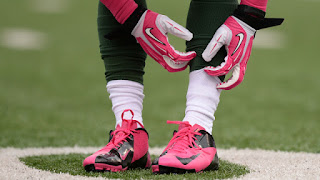 The origin story of MMRF is remarkable. Kathy Giutsi, at age 37, was a pharma executive on the fast track up the corporate latter. Then she was diagnosed with multiple myeloma. She made some pretty dramatic changes in her life (including going through IVF to have another baby!) and started the MMRF. 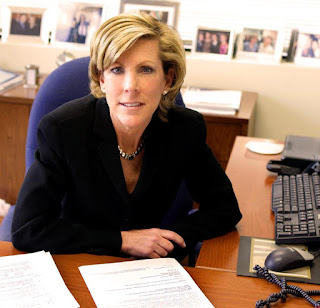 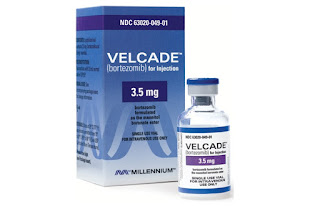 As a patient it isn't surprising that Giutsi was focused on novel treatments and one of the first treatments she funded was Velcade. A drug that turned out to be particularly effective for her variety of myeloma. She was instrumental in funding the discovery and approval of the treatment for her own disease. It sounds like a Hollywood script. The MMRF was also instrumental in developing Revlimid the other breakthrough myeloma drug of the last twenty years.

I spoke with a myeloma scientist and he described how MMRF helps him. The MMRF acts as an interface between commercial pharma companies that have promising new drugs and myeloma doctors that have patients. When this scientist works with the MMRF he is able to write the protocol and design the trial. When he works with drug companies outside of the MMRF, he follows the protocol provided by industry. Talking to him it became clear that the MMRF valued independent, researcher-driven studies looking for the Truth rather than drug company trials that looked for FDA approval.

Another tenet of the MMRF is sharing research advances the field. While a lot of pharma research never goes beyond the corporate firewall, research done with MMRF money is shared widely and timely. 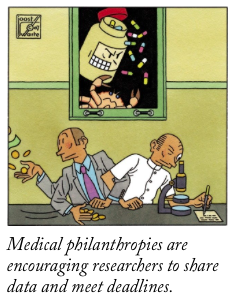 This is how you move science: empower individual scientists motivated by truth not profits. Share the discoveries quickly. Lubricate the wheels with money and social connections. The MMRF does it all because it is motivated to find a cure, not promote its own name, screen the healthy, or spread disease awareness.

Here is an article on the MMRF from the New Yorker in 2008.

2011 article on MMRF by Matthew Harper.

Join me in supporting the MMRF by donating here. All of the money goes to research, none of it goes to support my Nepalese Trek to Everest Basecamp.