The Sugar Fix: The Introduction

In the introduction of The Sugar Fix

, Johnson uses a broad brush to establish the scope and purpose of what he intends to prove in the subsequent 300 pages.
He concludes the chapter by disclosing two potential sources of bias. He is the Dr. Cade Professor of

Medicine at the University of Florida and that his salary and research is supported by sales of Gatorade by the PepsiCo corporation. This is an interesting disclosure because the cola companies are the principle villains in this morality tale. I wonder if part of the reason for the release of Pepsi Throwback (sucrose rather than high-fructose corn syrup (HFCS) as the principle sweetener) is the pushback against HFCS partially lead by Dr. Johnson.

He also explains that he has applied for multiple patents that could financially benefit him if the relationship of uric acid and cardiovascular disease bears fruit. 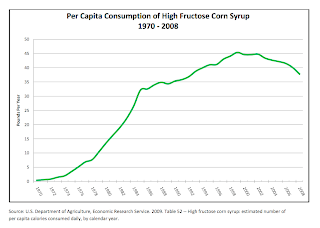