Saturday November 4, 2017 I accepted the Robert Narins Award from the ASN. This is the highest honor I could ever receive for the work that I have done in medical education.

Here is how ASN describes the award:

The Robert G. Narins Award honors individuals who have made substantial and meritorious contributions in education and teaching. This award is named for Robert G. Narins, who is also the first recipient of the award.

Dr. Narins' contributions to education and teaching started in 1967 when he was appointed to the faculty of the University of Pennsylvania. At Penn, and on the faculties of UCLA, Harvard, Temple and Henry Ford Hospital, he taught and mentored many residents and fellows. For eight years he chaired the ABIM's Nephrology Board and also worked on the ACP's Annual Program Committee. His contributions to education in the fields of fluid-electrolyte and acid-base physiology are prodigious and well-recognized.

Dr. Narins was also involved in the creation and planning of many ASN educational programs during Renal Week and throughout the year, including: Board Review Course and Update, one and two day programs at Renal Week, Renal WeekEnds, and NephSAP. He also was instrumental in the decision to develop the Clinical Journal of the American Society of Nephrology (CJASN), the establishment of the Fellow of the American Society of Nephrology (FASN) program, and negotiated the successful partnership agreements with HDCN and UpToDate. Dr. Narins has been at the forefront of collaborative efforts with the American College of Physicians to increase the exposure of nephrologists to relevant updates in Internal Medicine and internists to chronic kidney disease. Collaborative educational programs with societies in Europe and Asia have helped to spread education and teaching in nephrology on a global scale.

To be recognized for this is amazing. I feel that social media and internet-based, distributed learning that leverages the skills and perspective of a large group of self-appointed experts is, and will, continue to swamp the old model of a few, highly selected, experts.

The future of medical education will not be televised. It will be streamed.

In many ways, the reality of internet distributed medical education is the opposite of what people believed it would represent. I remember hearing people speak about the best lecturers being able to distribute their wisdom to the world through IP switching. The conventional wisdom was that the internet would allow all medical students to learn from the best teachers. The internet would eliminate location and size limits of the lecture hall so we would all get the Harvard education.

We are in the midst of a massive democratization of medical media.

And I am just a participant in this. I am an early adopter. I am at the front of the wave. However, I didn't create the wave, and I can't control it; I'm merely surfing the leading edge. And I believe ASN recognizes that. I believe that the ASN awarded me the Narins award as a symbol that distributed, social media-powered-learning, is now a valid and growing part of primary and continuing medical education. ASN is among the first of the medical societies to recognize this. I salute ASN for resisting the urge to circle the wagons and fight the inevitable. ASN should be commended for recognizing and embracing this new epoch in medical education.

That said, as much as I believe I was a just a symbol of the revolution that I am part of, they did pick me to be that symbol and for that I am grateful. And I would like to thank the people that have brought me on this journey.

True story. I didn't know there was a thank-you speech for the Narins award until 10 minutes before the morning session started #KidneyWk pic.twitter.com/AacOLqCPwv
— Joel Topf, MD FACP (@kidney_boy) November 5, 2017

That tweet is totally true. And in the rush to compose a coherent thank-you speech in my adrenalin addled brain I glossed over and missed some essential people.

Burton D. Rose. My favorite part of the Narins Award Legacy Video is when Rose says that Robert Narins brought fluid and electrolyte and acid-base teaching into the mainstream (1:35) and set the path for him.

I love this because Rose set the path for me, in two ways. 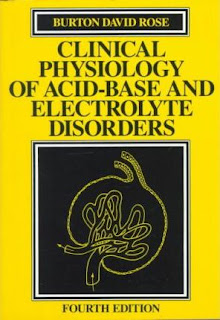 One: Rose's Clinical Physiology of Acid-Base and Electrolyte Disorders was the bible that taught me renal physiology and inspired me to pursue a career in nephrology. I bought it during my third year of medical school when I told the intern that I was working with that I was confused by eletrolytes. He suggested this book. Talk about a bad answer to a small question. I wanted a 5-minute lecture on what fluid to order and my senior suggested a 916 page, $70 tome.

But I was an idiot and I bought it.

And though it sat on my shelf for a year before I started it, when I began, I could barely put it down. I truly believe that one can draw a direct line from that terrible advice given to me at the Allen Park VA in 1993 to my position today. Sometimes bad advice can lead to the greatest of outcomes.

Rose's book is a masterpiece because it strives to make the reader build a robust mental model of how the kidney works. Once that model is complete, it becomes easy to understand all of the electrolyte disorders.

Two: When I was an intern I was telling a doctor how much I loved Rose's yellow electrolyte book and he told me to look him up in PubMed. I had previously looked up Berl and Schrier and I expected much of the same, but this is what I got: 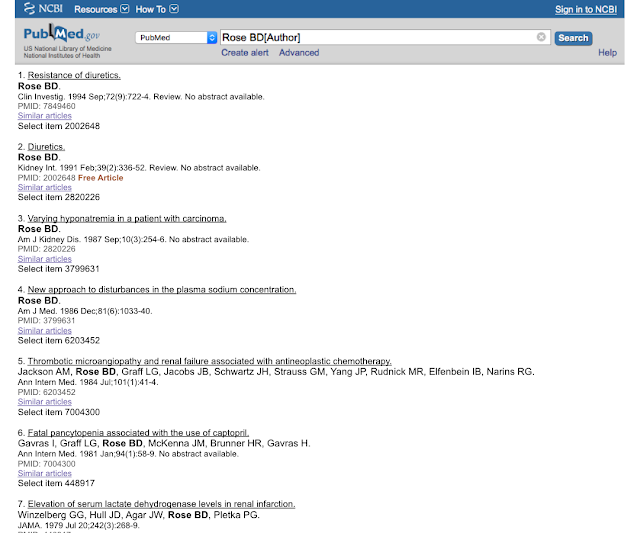 Seven. Seven articles in pubmed by the great Bud Rose. The man that has done more for medical education and patient care than anybody since Osler (based on his work with UpToDate) had seven articles in PubMed in 1996. Go ahead, see for yourself. This convinced me that I could be a medical educator without being a medical researcher. I could pursue what I loved, without being distracted doing what I had little interest in doing.

Joshua Schwimmer. Josh was the first nephrology blogger. I had been a long time reader for years before following his trail and starting Precious Bodily Fluids. And after a few months, Joshua gave me my first link and turned the microphone on. Thanks Josh.


PBFluids and @Kidney_Boy stand apart as the only signifigant projects I have done alone. Everything else of significance has been done with a collaborator, co-author, or co-creator. This is an indisputable case of "I couldn't have done it alone."

Joel Smith as co-creator of Alert and Oriented Publishing

Kenar Jhaveri for choosing me to be part of AJKDblog


#NephTwitter is a colorful and engaging place with an always on conversation anchored by people around the world. Here are a few of the people that populate that community.


My partners at St Clair Specialty have been involuntary partners on this journey and have been great. St Clair Specialty is a practice that values people that contribute to nephrology. This was clear from past CEO, Robert Provenzano, who was a major contributor to nephrology as a scientist and president of the RPA. And it is also clear with Keith Bellovich, RPA board member and chief of nephrology at St John Hospital and Medical Center. At a more single minded-practice, I could not have contributed to nephrology education as I have.

And lastly, and most importantly, I could never have contributed to medical education without my family. I need to thank the eternal patience and understanding of my wife, Cathy, and my kids, Laura and Simon Topf. Thank-you. 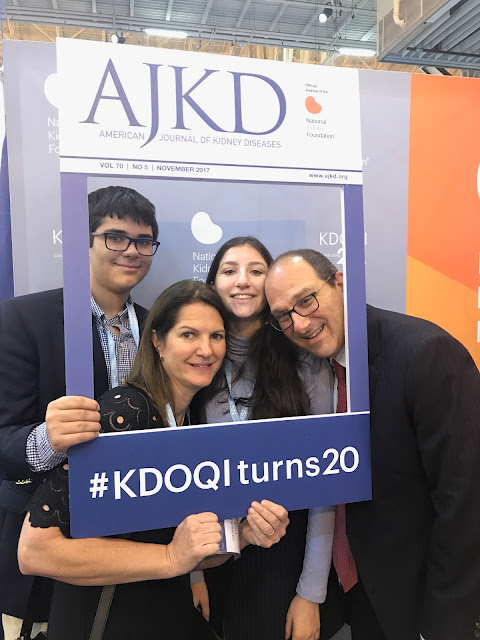