Wifi, board review and modern learners

The first day of the ASN Board Review Course I sat down for lunch and the topic of conversation was, "Where is the internet?"

The conference organizers had not purchased WiFi for the conference. The fifth floor of the Chicago Marriott was described by one participant as a Verizon black hole. Another participant added that Sprint was useless too. The only cellular service with reasonable penetration to our fortress of IP solitude was AT&T.

No WiFi for You!

It was interesting hearing why doctors wanted the internet while at a conference. One would think that being locked in lectures from 6:30AM to 6:30PM while various experts sprayed information at you would satisfy any urges for more details. But instead, doctors want to engage with the material. One Baltimore nephrologiast wanted to look up an article at CJASN that she saw referenced. Another wanted to fact check something she thought was unreliable against UpToDate. I wanted to be tweeting.

Earlier that day, as I walked from my Airbnb apartment to the conference, I traded texts with Kenar Jhaveri and Matt Sparks about live tweeting the board review conference. They agreed when I promised to save any snark for my own tweet stream and just tweet the facts on eAJKD. I checked with the ASN representative at the registration desk if they had a social media policy.

That went down as follows: 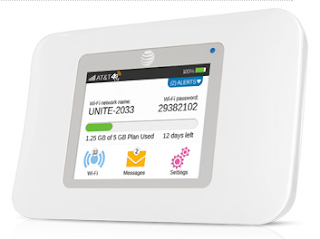 I think it is misguided for the ASN BRC not to provide internet access at their class. As modern day information warriors doctors use the internet everyday in protean ways.


It is absurd to expect us to go through the most intense learning experience without that crutch.

The lack of WiFI makes the conference organizers seem out of touch. The ASN need to recognize that for modern doctors, the internet is as essential as oxygen.